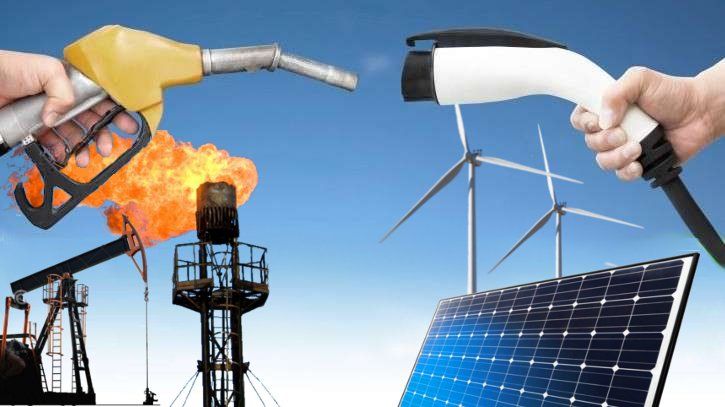 Can Electric Vehicles (EVs) really save the Planet?

We’re regularly asked whether Electric Vehicles (EVs) are better than their Petrol or Diesel cousins (FOSSILs) over the lifetime of the vehicle.

While it may seem like an obvious answer, there are actually a number of considerations beyond tailpipe emissions to take into account.

In this article we will look at three key considerations;

1. Lifetime Emissions
Cradle to Grave emissions of fueling and manufacturing of EVs vs FOSSILs

2. Re-Use and Recyclability
How much can EVs or FOSSILs be recycled or re-used

3. Toxicity
What other upstream effects should be considered

We have focused on pure electric vehicles (EVs) as over the next couple of years long range electric cars will become the norm.

First the easy one.  Cradle to grave emissions.

EVs have no tailpipe emissions!

If you consider where the electricity comes from then, using national electric emissions of98 grams/CO2/kWhand based on the average distanced traveled of 14,000 km per annum then the average electricity related emissions from an EV is around 250 KG/CO2 per annum, or5,000 kg/CO2eover 20 years.

As more non thermalrenewablessuch as wind and solar are installed in NZ then this figure will continue to drop.

However, if you’re recharging your EV using100% carboNZeroCertified Renewable electricity fromEcotricity, then your electricity emissions are ….ZERO kg/CO2e. 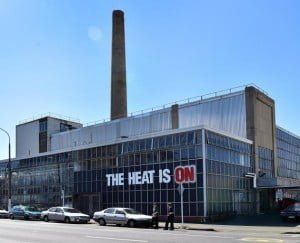 The chasis, wheels and interior of an EV compared to a FOSSIL, are fairly similar.

The big differences are in the drive train.

EV motors are much lighter than FOSSIL motors, EVs don’t require a gear box or drive shaft, nor do they require a petrol tank.

On the flip side, they do require batteries, which in the case of a Tesla can weigh up to half a ton.  The bigger the battery, the more emissions from manufacturing. 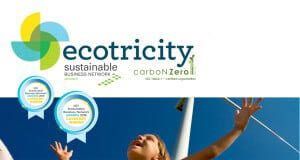 Many EV manufacturers includingTesla,Nissan,BMW,Audi,VWand others are now only sourcing electricity for their factories from renewables.  The Tesla Gigafactory for instance is powered by solar and wind.

For the purpose of fairness however, we will assume the 20 year lifecycle emissions of manufacturing and fueling EVs and FOSSILs as noted in arecent reportas follows, in the New Zealand context;

In summary, EVs are 7 – 10 times more CO2e efficient than FOSSILs over their full lifetime when using100% carboNZero Certified Electricity. 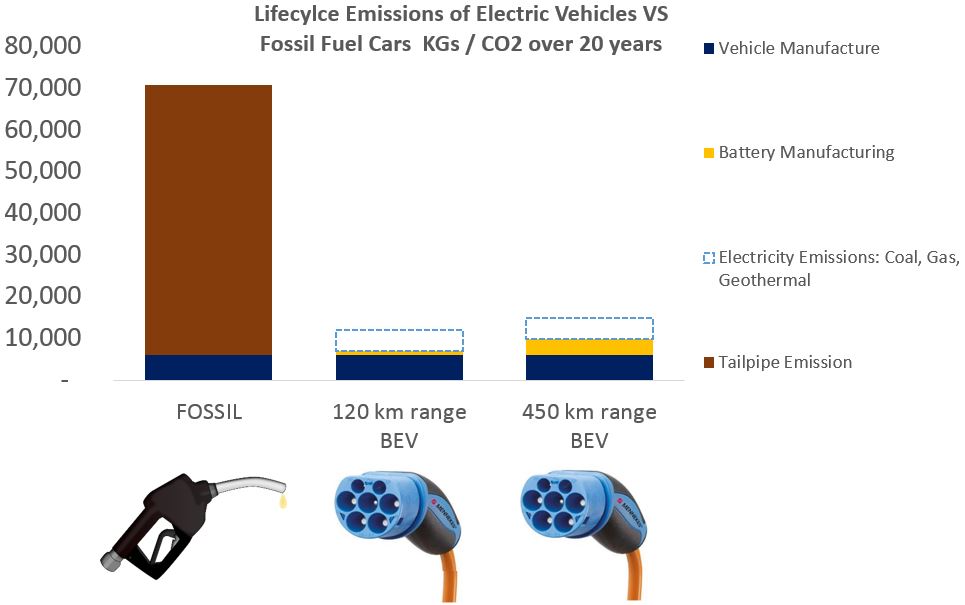 * Original tyres included as both EVs and FOSSILs require them, replacement tyres not included but emit only31 kg per replacement tyre…. unless burnt outside Trump Tower in which case it’s 44 kg CO2 per tyre..

It’s the same with EVs.

EV’s will last much longer and require much less maintenance than FOSSILs.

We recently published an article on a Tesla Model S taxi which has driven320,000 kms(that’s 20 times the average annual Kiwi distance) in under 14 months, and still retained 94% of it’s battery capacity.

So from the start, EVs have a long lead ahead of FOSSILs given they will last the distance better.

No more swapping cars out every 5 – 10 years, when your current EV does a fine job, and gets you to 100 km/h in2.4 secondsalready. 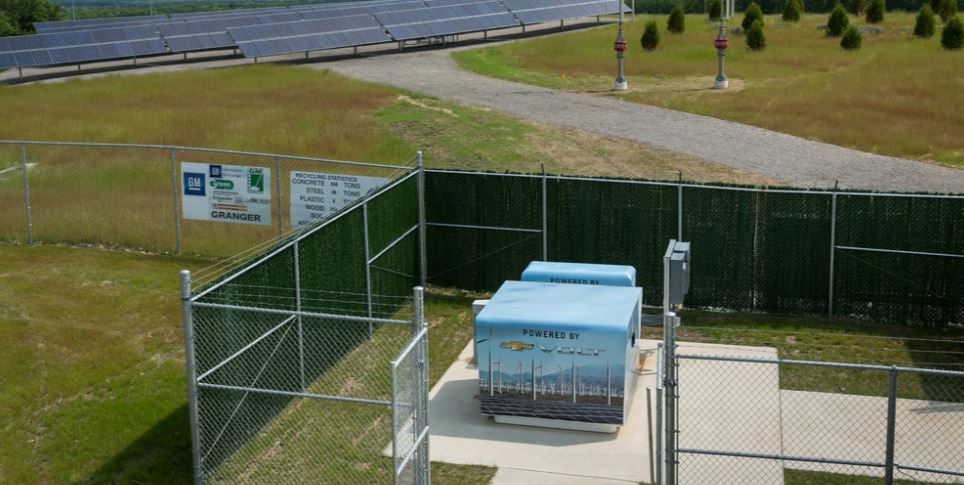 But what happens to an EV after its past it’s use by date?

It’s most likely EVs will be re-energized with a new, cheaper and a much longer range battery in 20 years.  This means that an EV chasis will last much longer than FOSSILs, meaning less recycling is required.

Where do the old EV batteries go?

Lithium batteries, even when they get to 60% of original capacity, can still support stationary energy storage.

Nissan, GM, BMW and Tesla already haveprogrammeswhere pre-loved EV batteries find a home …. in your home, or in local electricity grids for energy security to support further renewables such as wind and solar.

So in 20 years time, when your EV battery has done 300,000+ kms, don’t put it out to pasture, let it retire peacefully at home, or on your street corner to capture that solar energy you’re currently generating.  Stunning.

Metals around the globe are reaching ever increasing rates of recycling.   Globally steel and lead acid batteries are recycled 88% and 99% respectively.

Companieslike Tesla are already recycling Lithium batteries and are achieving up to a 60% recycling rate.

The Nissan LEAF is already95% recyclable. Not only that, 20% of the materials used in manufacturing the LEAF is derived from recycling, including the seats which are made from recycled soft drink bottles.

So we’ve established from an emissions perspective, re-use and recycling that EVs are light years ahead of any scenario that includes FOSSILs.

But what about toxicity?

Does the mining, use and disposal of EV’s, including Lithium batteries, harm the environment?

Are the benefits of EVs outweighed by upstream affects of mining for Lithium or their manufacture in overseas factories?

Before we get started here is an important announcement for the naysayers out there.

Modern EV’sdo not useNickel Metal Hydride (NiMH) batteries, like some of the earlier hybrids.

NiMH is indeed nasty stuff, however it is not used for EVs as the energy density of NiMH is not high enough to support long or even short range EVs.

Lithium is an element, not a mineral. But it is extracted in mineral form, and typically converted to lithium carbonate.Lithium carbonate is the only chemistry currently being used for EVs unless something better comes along of course.

Now the other good news – Lithium is actually good for you

Natural foods in moderation are good for you.

Mother Nature has already put lithium in drinking water in most places, in fact lithium hashealth benefitsand is used in some medications.  When you swim in the sea you’re soaking it up through your skin, and it’s good for you.

Now, to be clear, we are not recommending you dissect your EV battery and start throwing Lithium batteries into your summer salad.  No, that’s not recommended.

However, what is clear is that Lithium is a very abundantnatural mineraland there is plenty of it in sea water ….. and it’s beneficial to your health. 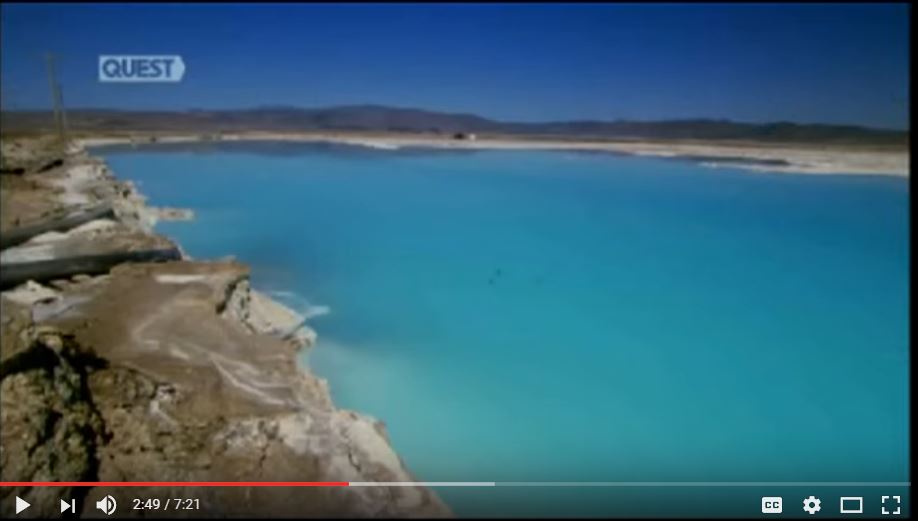 The majority of Lithium is extracted from brine, or high concentration salt water in a small number oflocationsaround the globe, including Chile, the US and Argentina.  The remainderis produced fromhard rock mining, much of which is in Australia, we’ve linked a Youtube cliphere.

More recently a Lithium reserve was found off the coast of the Netherlands in the North Sea. 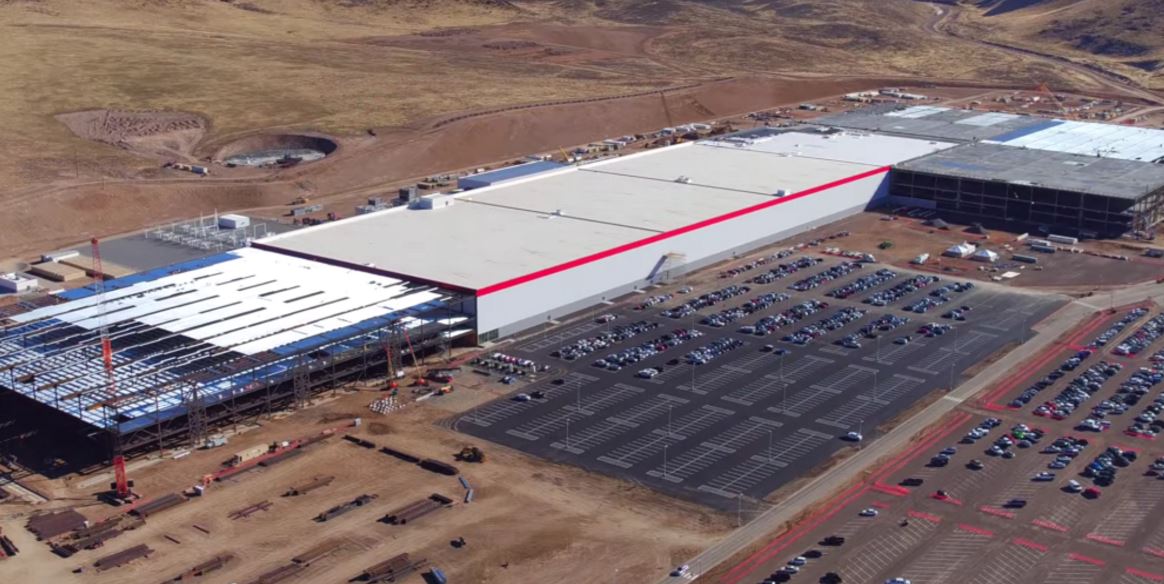 Lithium is so abundant that if all cars in the world were converted to electric, it would only use one thousandth of all Lithium in the world.

That said there is currently_only_365 years of easily economic reserves, roughly14 million tons. 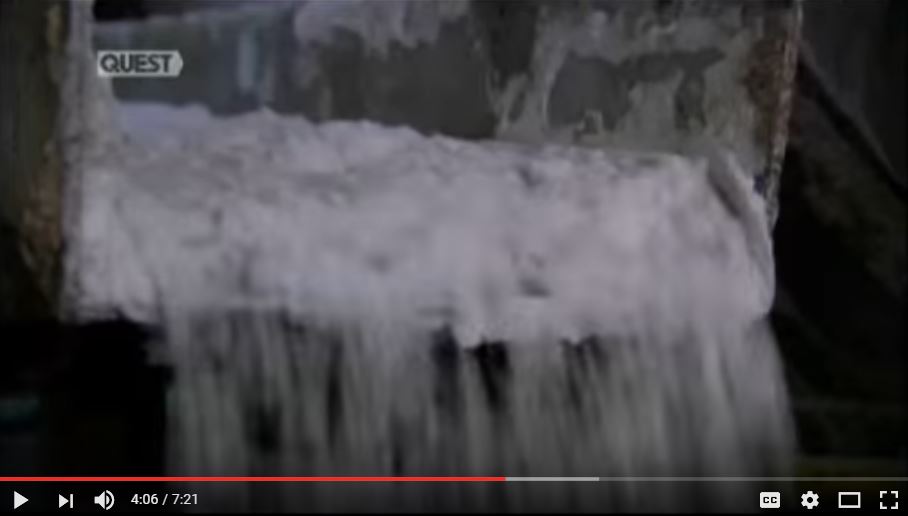 There is no Lithium shortage, without even considering harvesting seawater.

Asmarket pressuresincrease Lithium production in the short to medium term would meet that demand and more reserves would be found.

Remember that figure though, only 1 thousandth of the worlds Lithium would need to be harvested from on land to move the complete world to an electric future, and it’s recyclable. 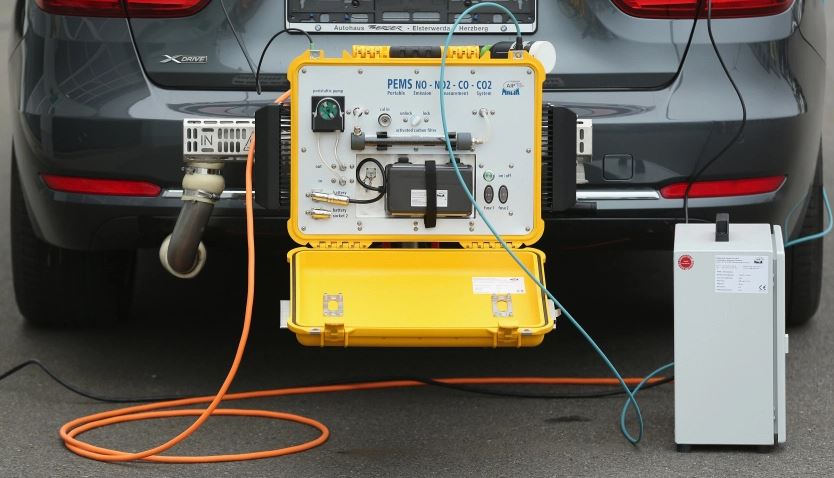 Let’s not forget the benefits EVs in the form of improving air quality.

Here are some very interesting stats which we will let speak for themselves;

The millions of lives saved by electric vehicles through the mitigation of climate change we’ll save for another day. 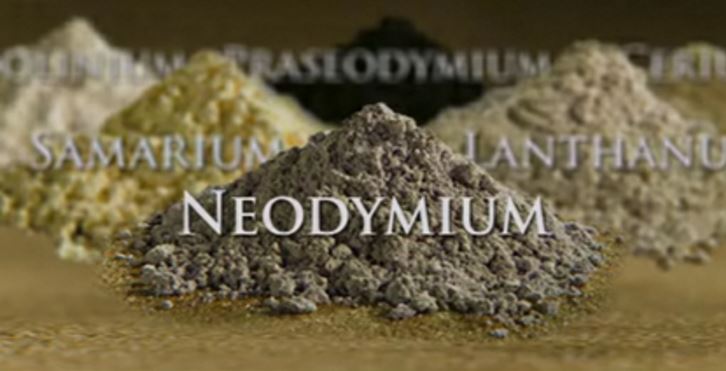 Which leaves Rare Earth Metals – There is Some Toxicity

One element of toxicity that EVs do have is the mining of rare earth metals.  So do FOSSILs, but in much lower quantities.

Rare earths themselves are not toxic, but their mining and processing can be.

Neodymium in particular is required for permanent magnets required to make electric motors.

EV’s require about 2 kgs of rare earth metals, 90% of which is currently mined in China.

What is left over after processing through acidic processes leaves toxic mining tailing.  However Australia and the US have been working on ways to mine rare earth metals in moreenvironmentally friendlyways.Contaminated soil is typically dealt with in several ways – one of which is phytoremediation, you identify plants that are tolerant and plant them into the soil to stabilize the site and help enable ecosystem recovery, washing soil is possible but expensive. Typically the approach depends on the soil and chemical conditions for each individual site.

**The good news is that there is a solution.**Tesladoes not use rare earth metalsin it’s electric motors.  It uses Nikolai Tesla’s 3 phase AC induction motor design that doesn’t require rare earth elements to work.

Fossil fuels on the other hand can only be used once, and considering the damage done through oil and gas exploration, and oil sand mining, rare earth metal mining and processing pales in significance.

Here is a well balancedarticlewhich talks about, in the US context, comparing EVs, in this case Tesla with FOSSILs.

The major difference is in New Zealand that we have access tocarboNZero Certified Electricity, so in essence the only emissions from electricity is from the manufacture and construction of wind farms and hydro dams, which is a minuscule 5 – 15 grams / CO2e / kWh compared to40 – 900 gramsfrom a gas, coal or geothermal plant.

But it is true, rare earth metals require a lot of mining and processing.  Compared to FOSSILs, that’s about as bad as a EV gets.

So the question should be, are we happy to create 200 kgs of toxic soil, to avoid 70,000 kgs of CO2 and environmental damage from oil and gas exploration?

The answer would have to be yes.

There are already 20 plug-in electric models available in New Zealand.  To find out what Santa has waiting for you take a look at New Zealands leading**Electric Vehicle Buyers Guide** 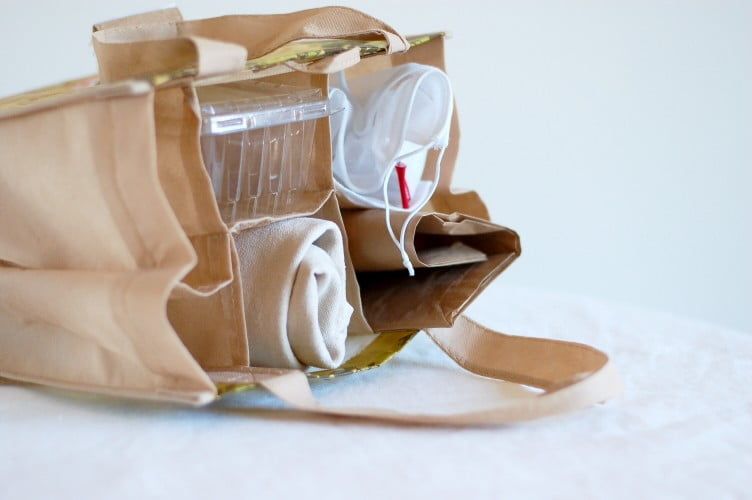 6 Must have reusable items for your home

A good way of cutting down waste is by replacing single-use disposable items with reusable items that have a longer lifespan. Here are six key items we recommend for your home. Reusable beverage containers If you don’t have your own reusable water bottle and coffee cup already, make this a priority. Plastic bottles and single \[…\] 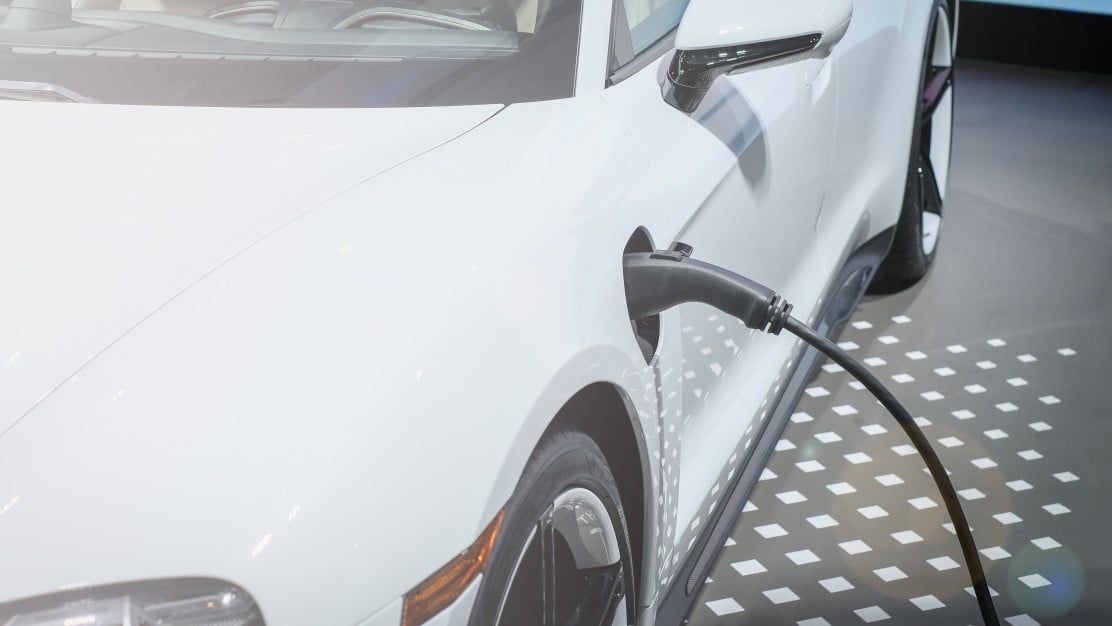 Electric vehicles (EVs) are becoming more and more popular with each passing year. While the popularity of EVs may make them seem like they are a recent innovation, EVs have a long and interesting history and even pre-date internal combustion engines (ICEs). The first “horseless carriages” were built in the late 18th century and early \[…\]

Big news! We have upgraded our customer portal to bring you some new and vibrant features that we’re expecting you’ll love. In the meantime you can download invoices, look at your half hour consumption and compare between months, days, or weeks, or take a look at you carbon savings! More features arriving shortly including: Full \[…\]

We compare thermal and renewable energy so you can see how much of a difference it makes. Download the infographic for more information.

Send us your latest invoice and we can compare your price plan to see if you'd save with Ecotricity.

6 Must have reusable items for your home

A good way of cutting down waste is by replacing single-use disposable items with reusable items that have a longer lifespan. Here are six key items we recommend for your home. Reusable beverage containers If you don’t have your own reusable water bottle and coffee cup already, make this a priority. Plastic bottles and single \[…\]

Electric vehicles (EVs) are becoming more and more popular with each passing year. While the popularity of EVs may make them seem like they are a recent innovation, EVs have a long and interesting history and even pre-date internal combustion engines (ICEs). The first “horseless carriages” were built in the late 18th century and early \[…\]

Big news! We have upgraded our customer portal to bring you some new and vibrant features that we’re expecting you’ll love. In the meantime you can download invoices, look at your half hour consumption and compare between months, days, or weeks, or take a look at you carbon savings! More features arriving shortly including: Full \[…\]